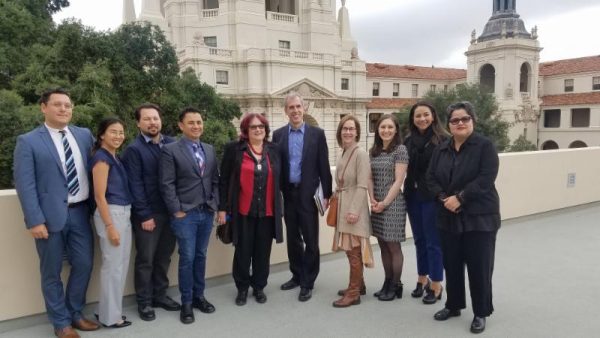 VALLEY GLEN – The week of May 12, 2017, the State Historical Resources Commission approved the Great Wall of Los Angeles mural’s nomination to the National Register of Historic Places. The nine-member California state review board, appointed by the Governor, is charged with the preservation of California’s cultural heritage.

Councilmember Krekorian, who has been a strong advocate for public art and LA’s historic murals, wrote a letter to the commission in support of the mural’s nomination:

“The Great Wall of Los Angeles, situated in Valley Glen within the City Council District I represent, is one of the most historically significant artworks in Southern California. This unique mural is a landmark pictorial representation of the history of California’s ethnic communities from prehistoric times to the 1950s. It has been a cultural destination in the San Fernando Valley for more than 35 years and is imminently worthy of listing on the National Register.”